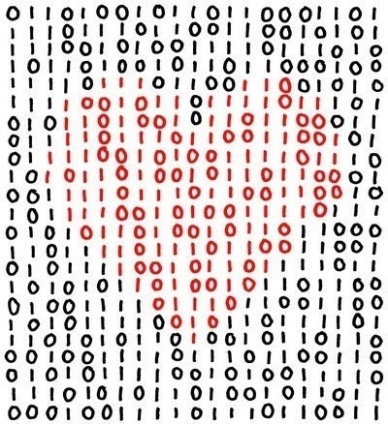 You should marry a geek or start dating one at the very least, because he’s the closest thing to the mythical creature you are looking for, the ‘perfect man’. Marry a guy who codes for a living and for entertainment. He can write codes and decrypt yours. He can have a full conversation in binary and is more interested in the gadget than the half naked blonde modeling it.

Marry a geek who has read every book on your list and more; seen every movie you love and would watch them again with you. Marry him to ride into the sunset holding hands and reciting your favorite dialogues in your make-belief baritone voice. If you have a habit of getting late, tell him you were playing Gandalf. After all, ‘a wizard is never early, nor is he ever late. He arrives precisely when he means to’.

Find a guy who finished Britannica by the time he was ten and whose favorite non profit organisation is Wikimedia Foundation. He devours wikipedia more ferociously than a broken hearted woman devours ice-cream and makes generous donations to keep it ads free. Marry him for his generosity or marry him for guaranteed entertaining life because he’ll always have something enchanting to talk about.

It’s easy to live with a geek. You can give him a gadget for his birthday, offer him extra uninterrupted gaming time for Valentines day and level up your gaming avatar and maybe challenge him for the next quest on your anniversary.

It’s even easier to love him. Let him buy the new 3D television with active 3D glasses and he’ll feel loved. Agree with him when he says, “Gadgets don’t make life easy, they make life worth living” and he’ll know he has found a companion in you. Offer him some World of Warcraft gold and he’ll be yours for life.

Marry a guy who talks of ‘flipping the idiot bit‘ on people who upset him and dreams of a world where you wouldn’t have to move a muscle if you can code. If he gets stuck while coding, he doesn’t wait for another day, he dreams a solution in his sleep. Marry him for his efficiency even when asleep.

It’s easy to find a geek. He buys an iPhone just for hacking it. His laptop dies due to overheating. The built of a machine is more interesting to him than the built of a woman. He has lovingly named all his machines. But to get his attention you must hide a message in cryptic code and post it. Geeks can’t stand mysteries.

Marry him if you want extra closet space because he has just two sets of clothes and boxes filled with electronics. Marry him and you’ll never have to wait till the morning to get your broken laptop fixed; marry him and technology will be your best friend. When you complaint about a mundane task at work, he’ll won’t just listen but will surprise you with a set of codes in the morning that’ll do the damn job for you.

Marry him. Yes, marry a geek, because like the technology he works on, every few months he’ll self update into a better improved version of himself.

++
Inspired by You should date a girl who reads