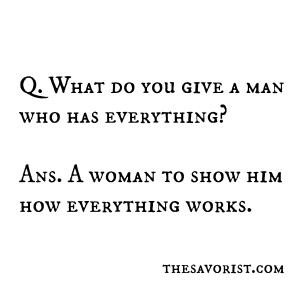 n over two months.
No, it’s not my shampoo!
I have a chronic habit of ferociously running my fingers through  my hair when I’m thinking and I’ve been doing quite a bit of thinking over the past couple of months.

After all, deciding what to give a man who has everything can be fairly perplexing. Although, not half as perplexing as when the man in question is your “one ring” and you the Gollum. It’s true! While it may not be the most romantic analogy in world, he is indeed “my precious” and I cannot imagine a day without him.

July 21st, his birthday and I’ve got nothing. After all, what can a plastic swipe fetch that’ll not be dwarfed by the dizzying heights of affection I feel for him. What material object can possibly express exactly how essential he is to me? I thought I’ll use words, but I couldn’t find any that don’t seem absolutely insignificant; in fact almost shallow compared to the depths of my gratefulness.
He’s extremely smart, reasonably successful and has almost everything. I say ‘almost’ because he won’t let me buy him the hideous recliner, despite my insistence because he doesn’t want to offend my sense of aesthetics. His love for certain well aged fermented grains is well known, but he already has enough to open his own little shop. Adding more to his repository didn’t sound like the best idea. (No, I’ll not be convinced otherwise. You can give up now.)

Going back to the original question, what do I get this man for his birthday? Now you see my predicament? After ‘losing my sleep’ over it for weeks (although in my case it’s just an idiom), I think I do have something to offer.

I have decided to make him three promises. 3 birthday vows if you will.

Janu,
Thank you, for giving me the most interesting, adventurous life I could have imagined by just being a part of it. Thank you for adoring me just the way I am and yet pushing me to be better. Most of all, thank you for giving me the absolute freedom to do whatever I chose, whether it is to hibernate like a bear or go conquer the world.

Today, I try to turn the tables around.

a) I promise to try my best to keep up with all the “Greek crisis'” of the world, for your sake and mine. 😉
b) I promise to give you something the most benevolent gods or even the most developed religions of the world don’t offer their devotees- absolute acceptance.
c) Last, but not the least, just to make your day and to thank you for saving my life by recovering that lost file the other day , I promise you +50.